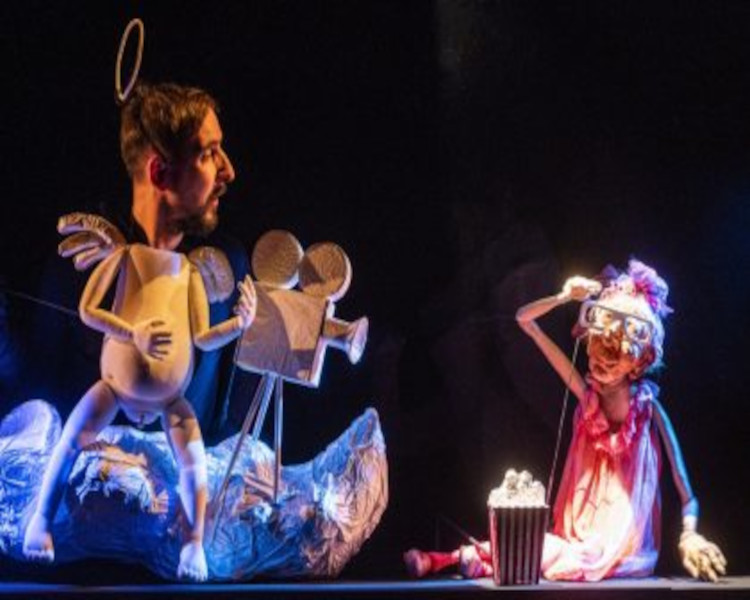 “This is a story about the importance of the connection between people, about the fact that really great and good things happen when you take care of someone, and true happiness is to know that someone genuinely cares about you,” says director Agnė Sunklodaitė.

The story of Giraffe and Angel forms the basis of the storyline. Giraffe is abandoned by her friends because, after a series of misfortunes, the people around her decide that she is the one who brings the misfortunes on herself and that it is very dangerous to be friends with Giraffe. Meanwhile, somewhere in the sky lives a Guardian Angel, who is no longer called a guardian because he has lost the one he was supposed to protect… After many trials, Giraffe and the Guardian Angel meet. And then a miracle happens!

The set designed by artist G. Brazytė will use the so-called “black cabinet”, where the characters of the play will miraculously appear and disappear. The actors controlling the puppets will not only help them to perform the most complex movements and, like guardian angels, will protect their existence and actions, and help them to avoid falls, but will also use the principle of tantamareska, i.e. the illusionary art of using the actor’s face and the puppet simultaneously. The emergence of such a seemingly living plan will echo the play’s storyline of the guardian angels, as well as the ideological importance of the connection between people.