The exhibition “Glory of the Polish–Lithuanian Commonwealth” 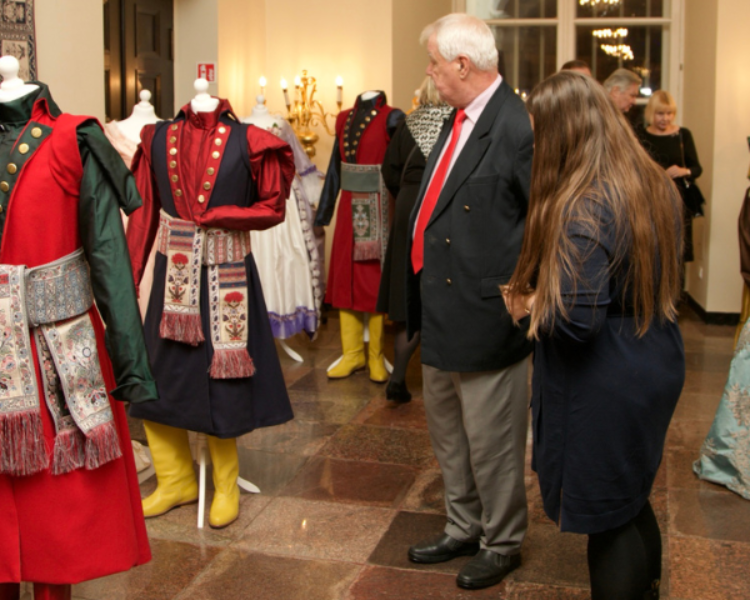 The modern European citizen identifies with the traditions and culture of the West, which today dominates both Lithuania and Poland. The aim of this exhibition is to show the forgotten broader perspective of the cultural-historical heritage of the Polish–Lithuanian Commonwealth, which has extended its influence far beyond the western and eastern borders of Europe and has absorbed the most valuable elements of the cultural heritage of different nations during its existence.

The present exhibition features mannequins dressed in the costumes of the Polish–Lithuanian Commonwealth and presented in polonaise dance movements. Each pair shows a different cut of costume, the whole of which gives a comprehensive picture of the richness of the historical dress associated with the palaces and estates of the Polish Kingdom and the Grand Duchy of Lithuania. The exhibition also includes elements of the manor interiors, tapestries and Slutsk belts.