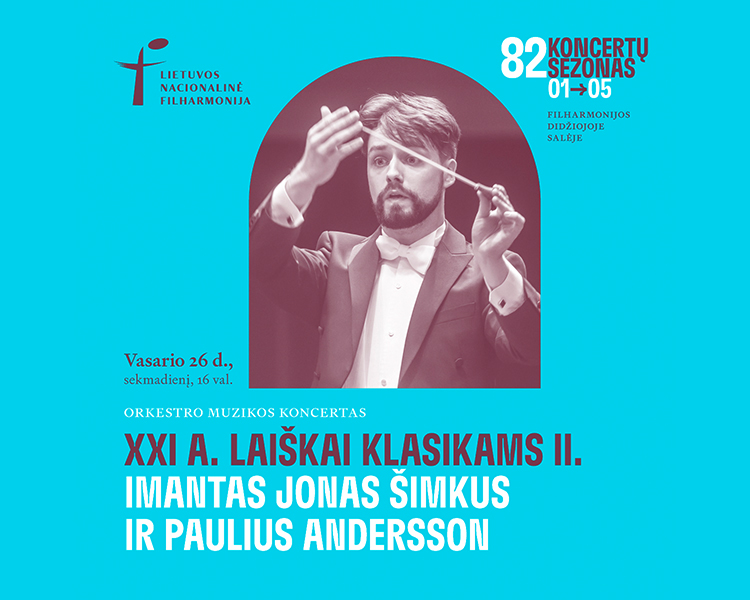 The Lithuanian National Philharmonic Society launches a new concert series 21st Century Letters to the Classics in which our younger generation of performers interpret the classics. Paulius Andersson is a widely-performing pianist who has won over 16 international competitions (France, Estonia, Ukraine, Russia, Poland, Lithuania) and was awarded the main prize of the International Piano Forum Bieszczady bez granic (Bieszczady Without Borders) in Poland – the title of the winner of Golden Parnassus. His most recent achievement is the second prize at the prestigious S. Rachmaninov Piano Competition in Moscow in 2020. Since 2022, Paulius has been a resident artist of the Drozdoff Society in New York.

This Sunday, Wolfgang Amadeus Mozart reigns supreme. Symphony No. 41 in C major is the third of the symphonies written in 1788 – the pinnacle of the composer’s orchestral output. Its grandiose conception and epic perfection of structure have earned it the title of Jupiter. Mozart’s Piano Concerto No. 20 in D minor, one of his most popular piano concertos, was premiered by the composer in Vienna in 1786 where he was featured as a soloist.