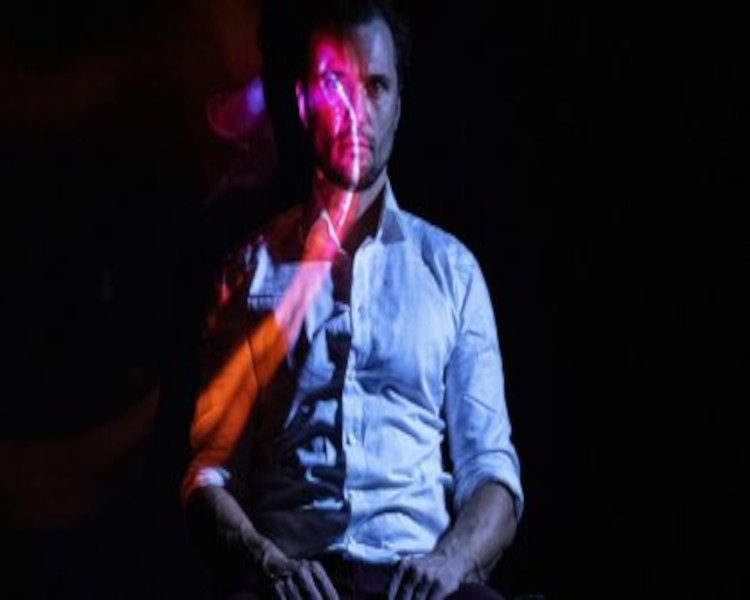 Performance “Three Kingdoms: Part I. London”
according to Simon Stephens

“Three Kingdoms” is a 3-part play-thriller that takes place in three countries and questions the principles we rely on when considering the nature of Europe and moral beliefs related to the psychology of antisocial groups in society. In the first part of this play, “London” investigates a crime, the main victim of which is a girl who belonged to an extensive human trafficking network. The main starting point of this part of the work is the psychology of violent crimes and investigative habits through the eyes of European law enforcement. The play is provocative
balances beliefs about truth, ethical codes, violence, and justice.

The main theme and goal of Artūras Areima’s upcoming performance is the deconstruction of psychopathy/antisocial behavior: the director will raise the question of how we perceive this phenomenon today, what kind of person do we consider crazy, why are we often unable to recognize serious personality disorders in our environment until serious crimes occur? According to Jennifer Skeem, a professor of psychology and social behavior in the US, the public is not educated enough about complex personality disorders, especially when it comes to the psychology of violence: we still think of violent people as if they live in some separate, “territory of evil” instead of among us – in schools, workplaces, homes. In this way, we reject the fact of madness in our everyday life, it becomes a distant world of madhouses, prisons, crime series.
​
Why is the viewer more and more fascinated by violent, documentary series, the focus of which is on criminals who have committed brutal crimes, often depicted as heroes of the criminal world? How do such works contribute to the formation of our attitudes about complex psychological disorders, how do they affect the consciousness of young people?